Kensington Palace has released a series of never seen before images of a very happy (and paternal) Prince Harry - and they are absolutely beautiful.
The Palace tweeted, "Last month The Duke of Sussex, @Sentebale Patron, made a private visit to Sentebale projects in Lesotho – today at @AIDS_conference in Amsterdam he will meet youth advocates driving change in the fight to end HIV/AIDS by 2030 #AIDS2018"
The beloved Prince shows off his paternal side in the images as he plays with some of the local kids.
The snaps showed him with the kids of the Mamohato Children's Centre and Mamohato Children's Camp.
Thanks to royal photographer, Chris Jackson, we saw one cheeky youngster, even letting a little one try on his sunglasses.
He sweetly smiled while gazing at the child, who held a yellow balloon and put on a grin for the camera with the shades on.
Kensington Palace confirmed that Meghan Markle was not on this trip.
A spokesperson for the royal spoke out about Harry's Africa visit, sharing, "The Duke was on a private visit to see the work of Sentebale at a camp for vulnerable children and young people, as well as other projects funded by the charity."
"During his private working visit to Sentebale in Lesotho, The Duke visited one of Sentebale's community-led partners for the opening of a new dining hall. This was funded by the charity and will provide a space for children to eat together and have an indoor space to play." 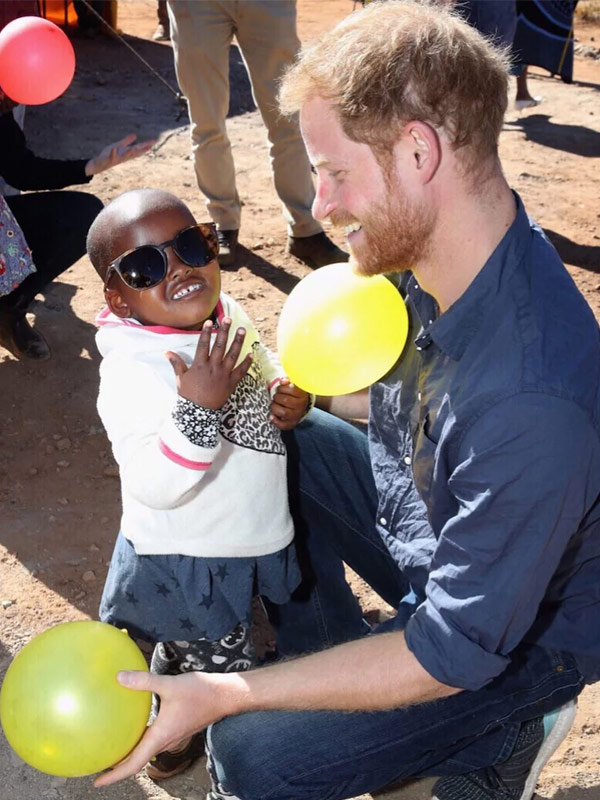 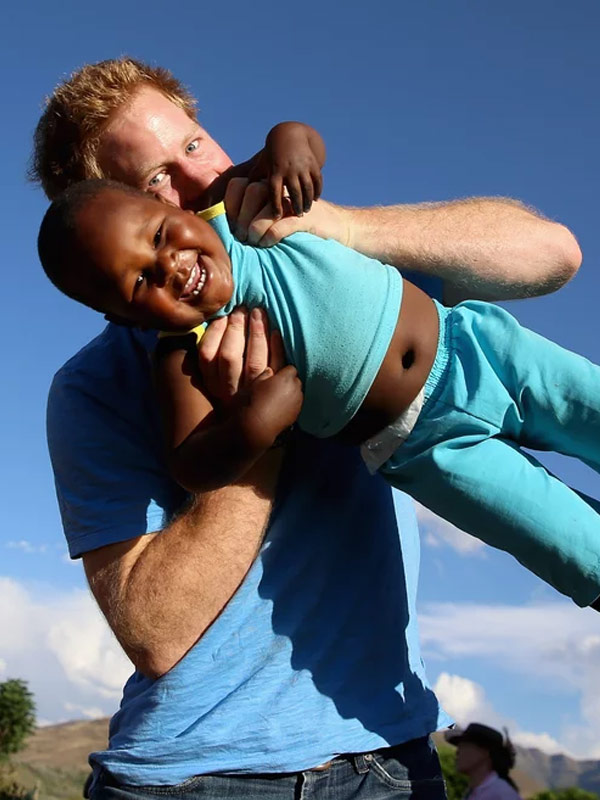 ← Slide →
Lesotho holds huge significance for the 33-year-old, who first went to the African nation back in 2004 while he was on his gap year.
The trip inspired him to co-found his Sentebale charity with his friend Prince Seeiso of Lesotho two years later in 2006.
The charity is a combination of both of their mother's work - focusing on eradicating HIV - which in Africa has one of the highest rates.