After 40 years of happy marriage to his beautiful wife Jo, radio legend Murray Lindsay knows a thing or two about what makes a relationship work.
Chatting to the Weekly on the eve of celebrating their ruby anniversary, Murray and Jo – who are also both wedding celebrants – can't quite believe they've spent the last four decades together after a whirlwind romance that began in 1970s Tokoroa.
Tells Jo, "I'd just come back from my OE and I'd been posted to the post office in Tokoroa. I wanted to hire a TV, so I went into the TV rental shop and got talking to the lady behind the counter. She asked if I knew anyone in town, and I said no. She said, 'Come along to a party – there'll be lots of single men there!'"
And true to her word, it wasat that Fiji-themed party that Murray first laid eyes on Jo – freshly-done perm and all.
"That very day I'd cut all my hair off and had it permed; you know, like the old Michael Jackson afro. It was very trendy in those days," she says with a laugh.
"I must have enjoyed listening to MJ!" adds Magic Drive host Murray.
"I saw her and I thought, 'Ooh, she's a bit of alright.'" 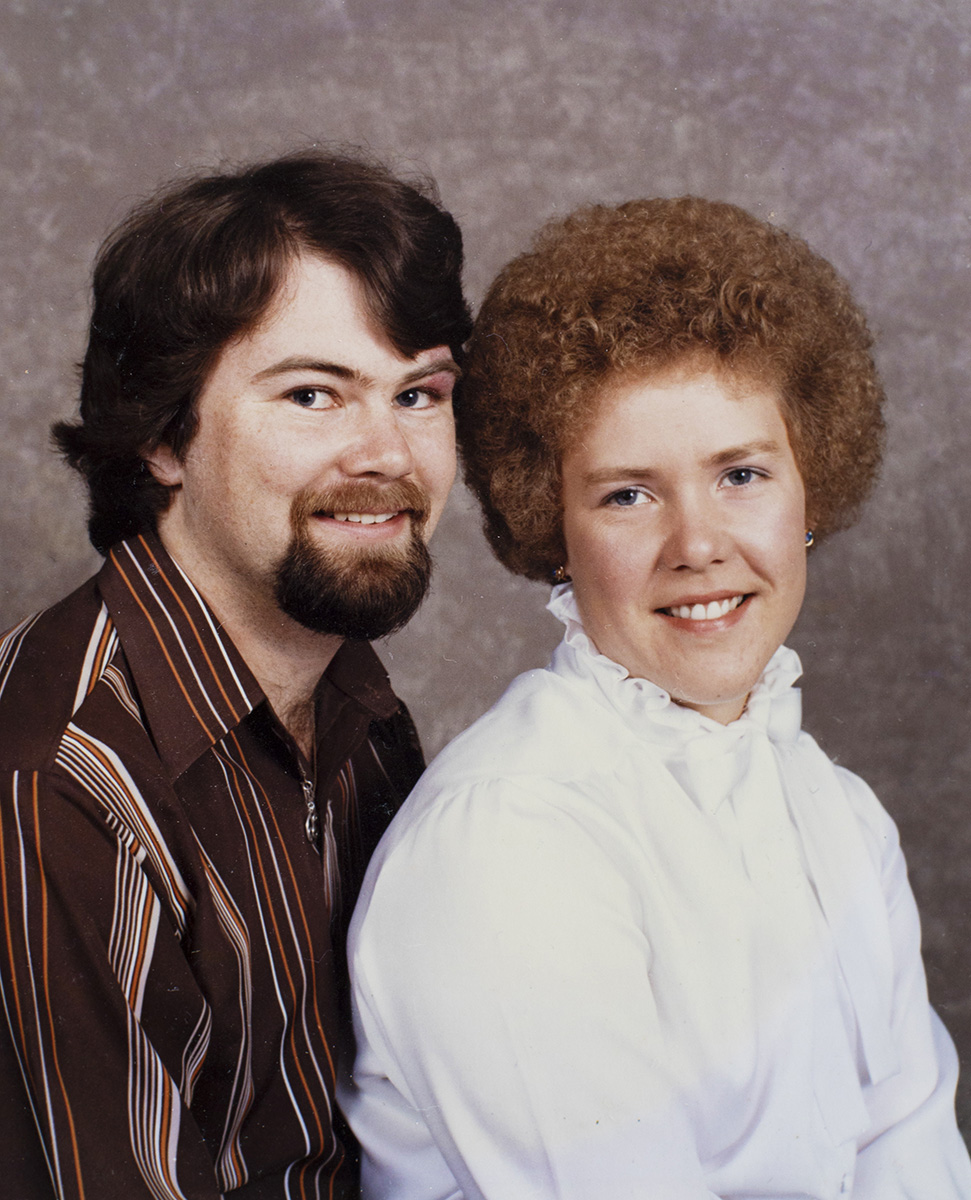 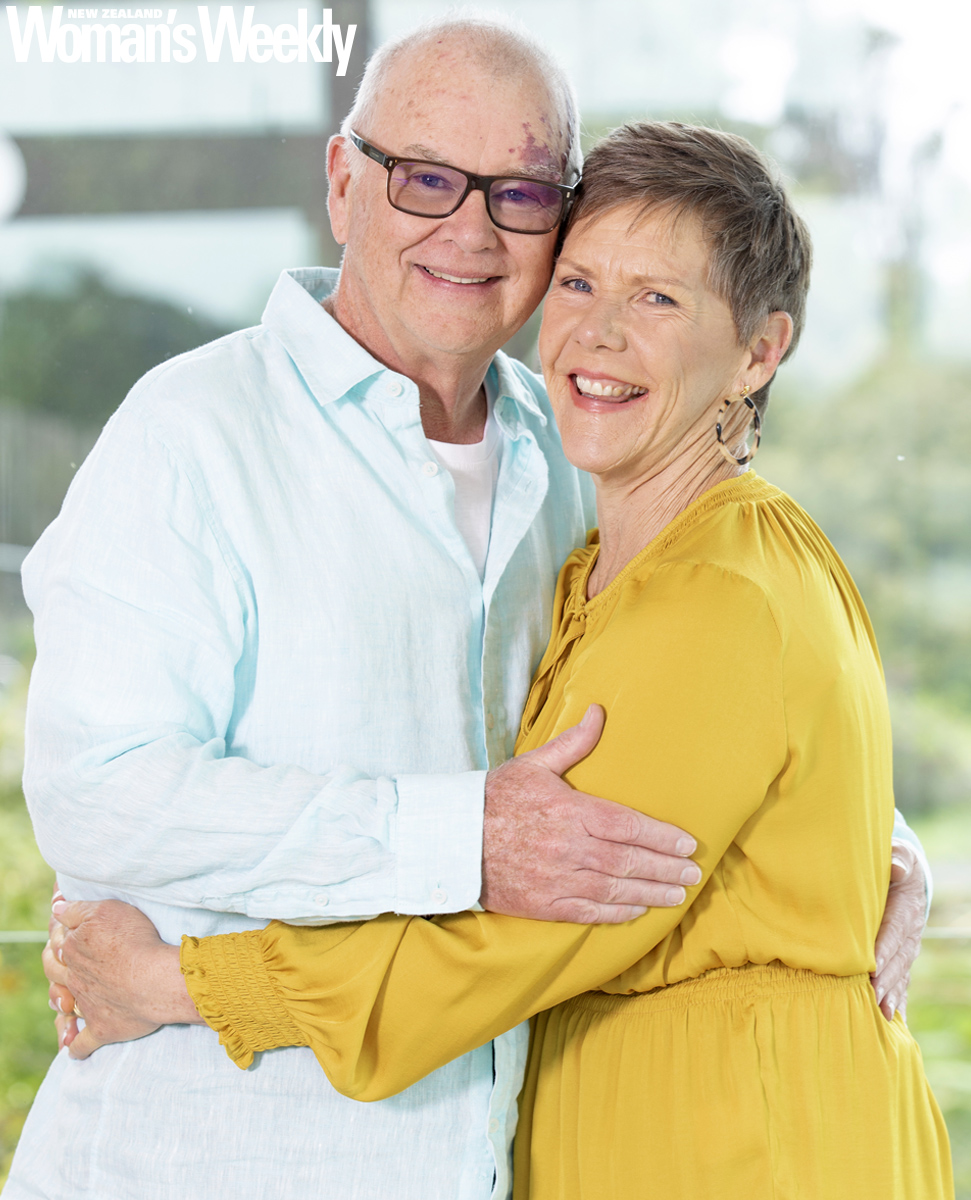 ← Slide →
So the chase began – Murray the pursuer, while Jo wasn't too fussed on embarking on a relationship.
"Jo was a hard catch, really," he grins.
"She wasn't looking for anything at all – her plan was to save up as much money as she could and then get overseas again. And then I came along and chucked a massive spanner in the works."
Nodding, Jo tells, "He did. He was chasing me for a while, actually, but Murray is such a kind soul. I think it was the first time that I had ever been out with a man who liked me for me. He was interested in me and my family, and he was more than a boy – he was a genuine person."
Eighteen months later, the pair were married in Whakatane, Jo's home town.

Wedding planning in 1979 proved a wee bit tricky, however, with the pair having to contend with the fact Murray wasn't Catholic – they skipped the traditional, full service – plus it was the era of carless days.
"We had to get everyone and the cars up from Wellington before 5pm Friday," he remembers, shaking his head.
Jo even made her own wedding dress, although she recalls detesting the thing as she slipped it on the morning of her big day.
"Oh, I hated it!" she says.
"By the time I finally got to wear it on my wedding day, I was sick of it; I'd been staring at it for weeks! Sewing all that lace…"
The highlights of both Murray and Jo's lives have been their three kids, two of whom live in London, and now, their two grandchildren.
"It would have been great to just jump to the grandkids," jokes Murray. "But yeah, the kids have been amazing."
"Definitely," Jo adds.
"I'd never thought much about having children, it wasn't my priority. But then I remember going to the doctor and him saying, 'Guess what? You're pregnant!' and this huge smile just stretching across my face. I've had nothing but total delight out of my kids."
The Lindsays took their brood across the country during Murray's early years in radio – from Tokoroa they spent a few years in Hawke's Bay, then Hamilton, before settling in Auckland.
These days, they're just outside of the big smoke on the Whangaparaoa Peninsula, overlooking the beach.
"We're closer than we've ever been," says Murray, with Jo adding, "Initially, Murray was building his career, then there was study, then the kids – there was always something. These days, we have so much more time for each other. We put each other first – I mean, it takes a bit of negotiation, but I usually get my way!
"I've always been interested in the fitness industry, and I was always out walking and running. Murray didn't really do it with me, but now he joins me. We're often out walking and hiking together – our shared interests have definitely grown."
"She still has more interest in mowing the lawns than me!" interjects a chuckling Murray.
As for the secrets to their success? They both say it comes down to patience.
"There's always going to be times when you disagree, but to be able to talk about it rather than getting angry is the key," says Jo.
"And career and all of those things are great, but it's family first. Eventually, in the long run, they're more important – that's all you have."