As one of the new recruits on the latest season of The Crown, Helena Bonham Carter (53) has some mighty big shoes to fill.
She is picking up the role of Princess Margaret from Vanessa Kirby, who won a slew of awards for her performances in the first two seasons.
But Helena isn't feeling the pressure, nor is she even remotely fazed by the attention or scrutiny.
She says simply she has spent enough years in the spotlight to learn how to cope – and it's some advice she thinks another royal could do with hearing.
The Sweeney Todd star says she refuses to read press about herself and believes Meghan, Duchess of Sussex should perhaps do the same.
"I feel like it's just all too much," she shares.
"It must be really hard for her, but all I'd say to her is, as soon as you become well known and in the public, it's a domain you have to accept."
She adds, "The most important or useful thing that someone told me is [why are] you putting your self-esteem in the hands of strangers?"
Playing a well-known character from history means people have firm ideas of who that person was – meaning it's hard to please everyone with your performance.
"That's the same thing with Margaret," she nods.
"It's really interesting playing her, but so many people keep giving me an opinion about every single person in the royal family. I'm like, 'You didn't meet them!' Everyone feels that they're an authority. And of course, unless you've met the person, don't even voice an opinion."

Luckily for Helena, she is one of those able to form an educated opinion, having met the royal, who died in 2002, through family connections.
"I met her a couple of times because she was good friends with my uncle, Mark Bonham Carter, a Liberal MP," she says.
"There's a lot of loneliness and isolation that comes with being a high-up royal, because the protocol is that nobody approaches you – you have to do the approaching – and when she spoke to you there was often an ambivalence about her, and she'd say something and put you down at the same time.
"She approached me about 10 years after I'd started acting and she said, 'You're getting better, aren't you?' Getting better!?" Helena snorts with indignation.
"All I could say was, 'Thank you, Ma'am!'" 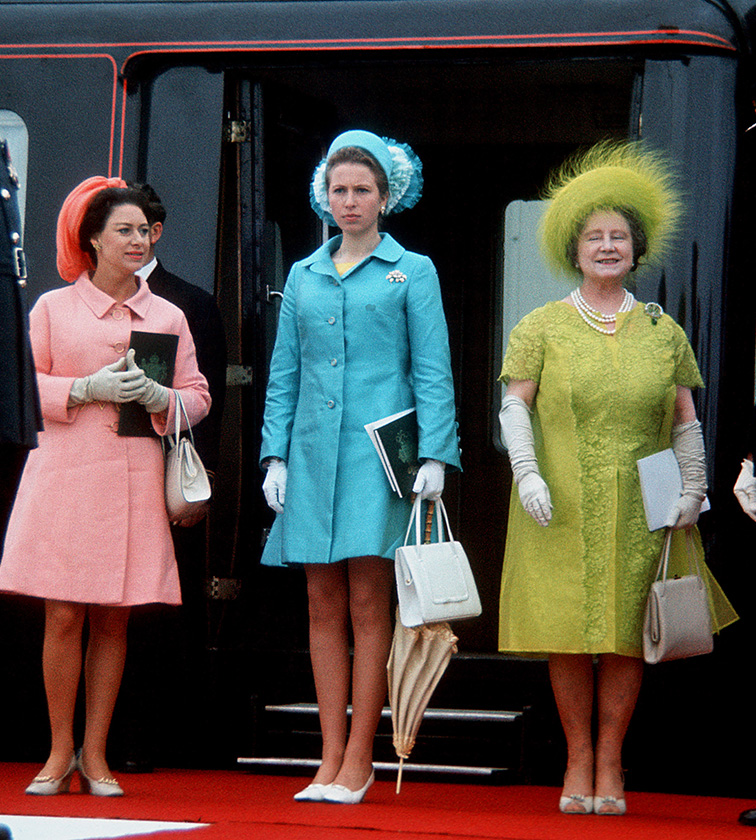 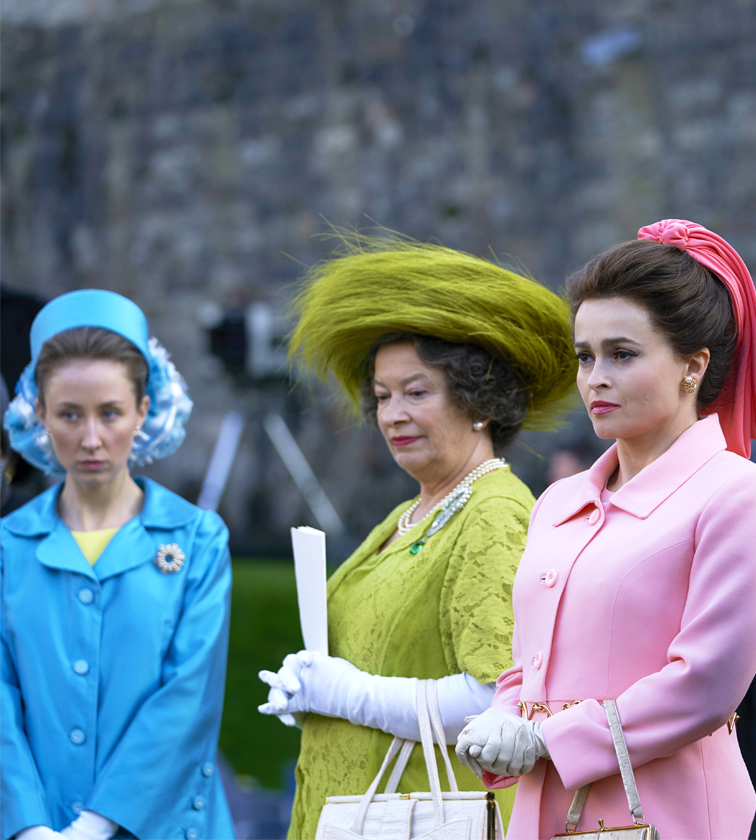 ← Slide →
In the years since, she's met many royals, but says one of her more memorable encounters was when, completely out of the blue, she asked Prince William to be her child's godparent.
The idea came to her due to a bit of Dutch courage, after she'd had a few drinks and the prince came over to speak to her.
"I wasn't that drunk, well, enough drunk for me not to drink any more – and he wasn't totally sober himself. Not in a bad way, it was just very jolly," she explains.
"I'd used up all my friends as godparents on my first child –Billy (16) had 11 godparents. So for Nell (11), who suddenly came along, we didn't have any left. I thought, 'Well, if I give her Prince William that would cover', you know?"
Unfortunately, William could not be persuaded.
"He just said, 'You don't want me to be godfather to your child.' And I left," Helena says.
"I mean, obviously it just didn't work out!"
Besides her own recollections, consulting with historians and studying old films, Helena also reveals that she took a less conventional route to prepare for her royal role.
"I consulted a medium," she confesses with a grin.
"I know it's deeply worrying, because it makes me sound even more crackers than I usually am, but I thought, 'Well, why not?'"
The ex-wife of Tim Burton (61) says she consulted a great friend and successful medium who claimed she was able to connect her with Margaret.
"The first thing this ghost – if she was really there – said to me was, 'I'm very glad it was you for the role and not the other actress they were considering,' which sounded so Margaret, managing a put-down from the grave!"