On Saturday the youngest of the Cambridge family, Prince Louis, made his debut on the Buckingham Palace balcony for the Trooping the Colour celebrations, and looked delighted doing so.
Watching the festivities unfold from the Palace's balcony, Prince Louis, 1, clapped and waved enthusiastically from the arms of his parents the Duke and Duchess of Cambridge, while his older siblings enjoyed the spectacle from the front of the balcony.
But if you were wondering why his adorable blue and white ensemble for the occasion looked familiar, that's because it was worn by his uncle, Prince Harry, to the same event in 1986!
Pairing the white and blue shirt with cute blue shorts, Prince Harry rocked the outfit to his second ever Trooping the Colour, and 33 years later, his nephew followed suit.
In throwback photo from the event, a young Prince Harry can be seen watching the celebrations with his aunt, Princess Anne.
See the cute resemblance between the two below! 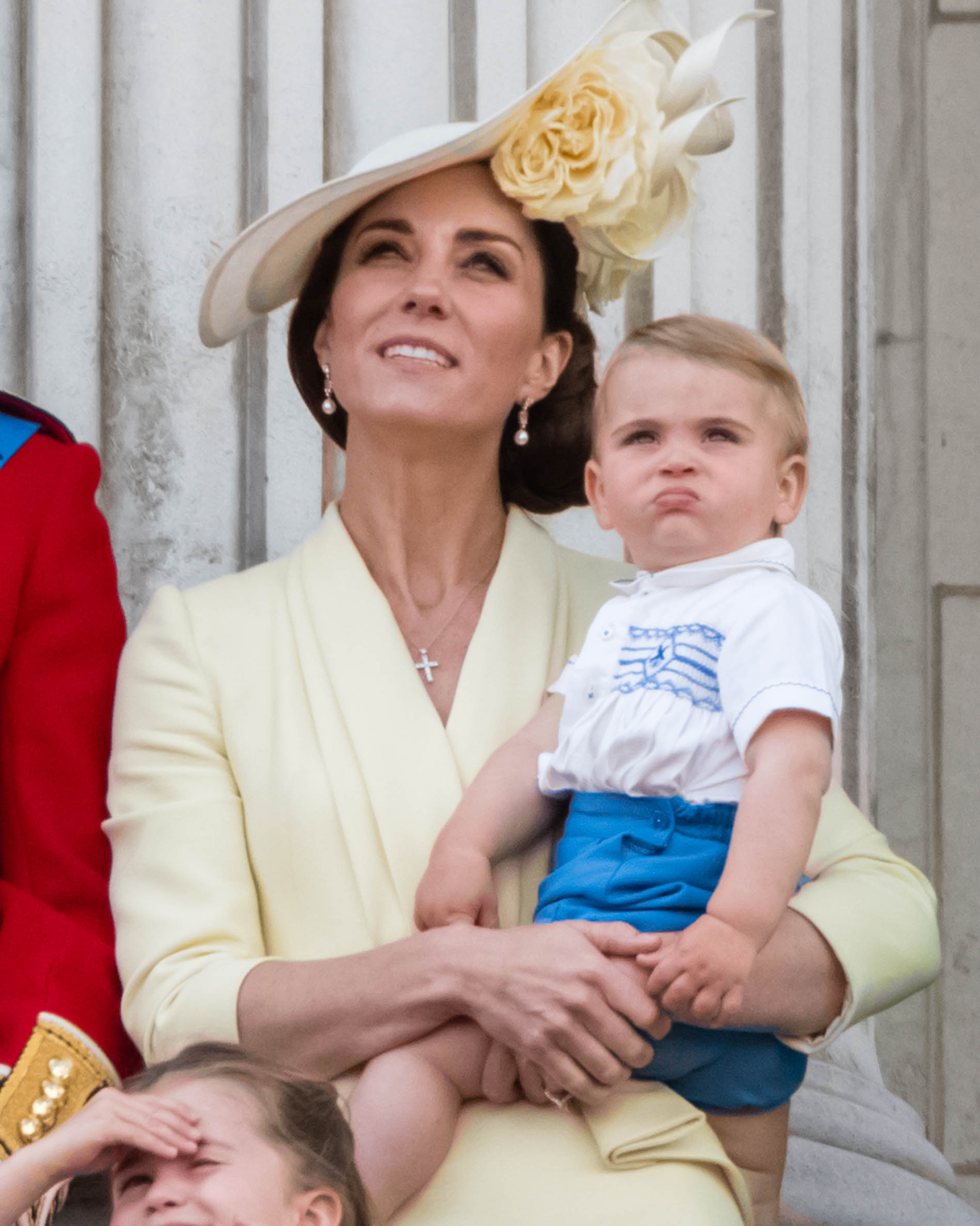 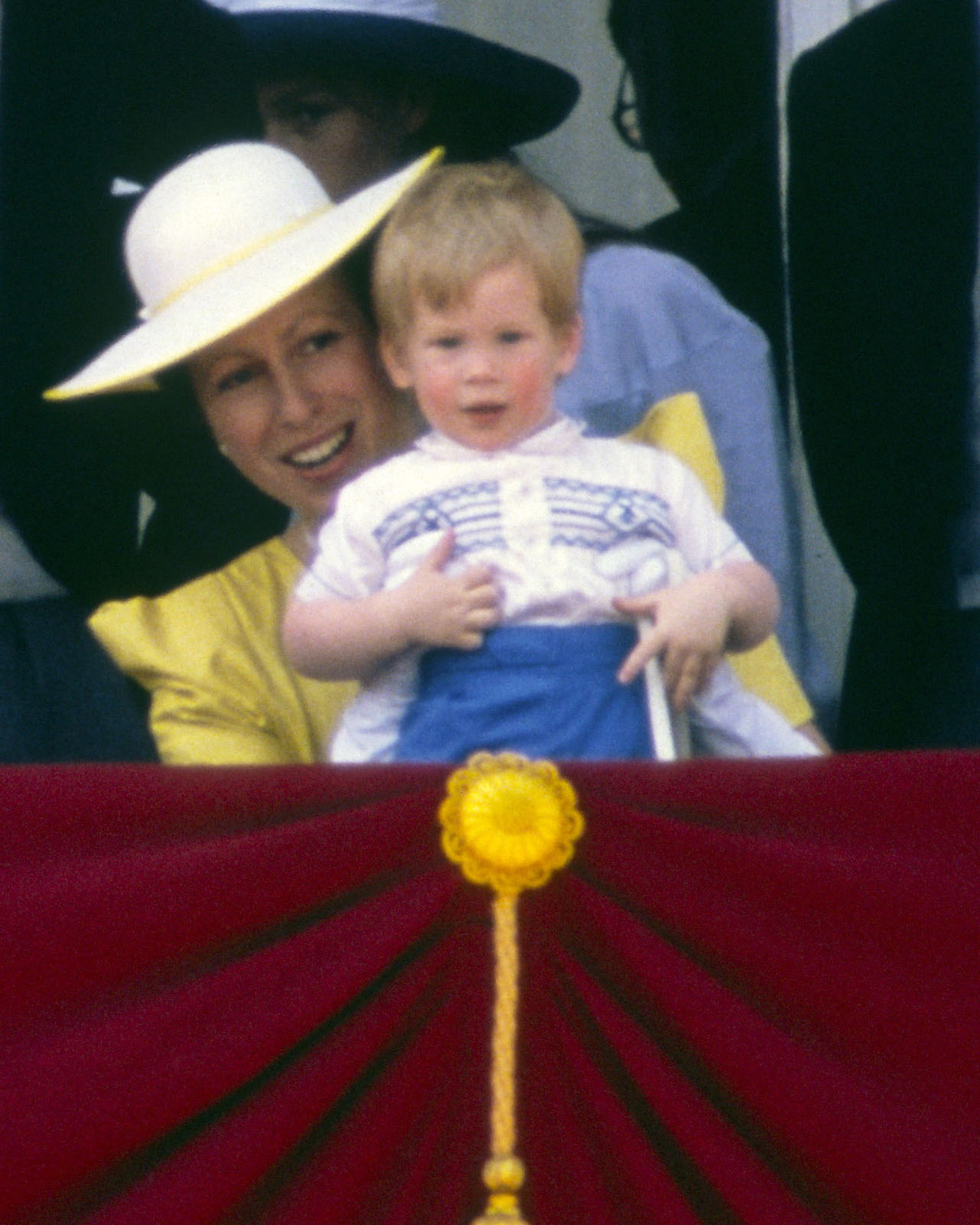 ← Slide →
Prince Louis' adorable nod to his uncle follows in the footsteps of his older brother Prince George, who during his first Trooping the Colour in 2015 channelled their father Prince William, wearing the very same blue and cream lace outfit that William wore to first Trooping the Colours in 1984!
See Prince George and Prince William's adorable comparison below. 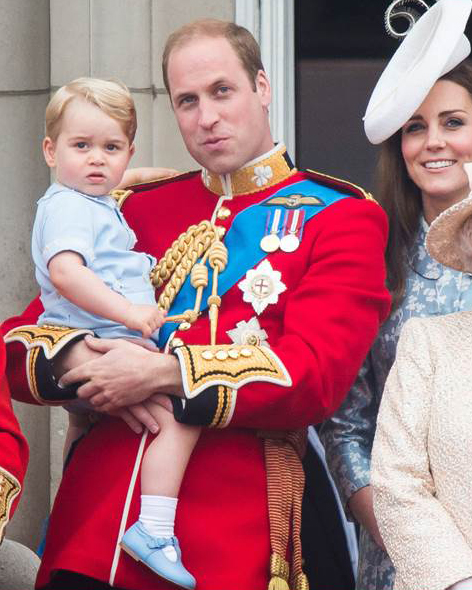 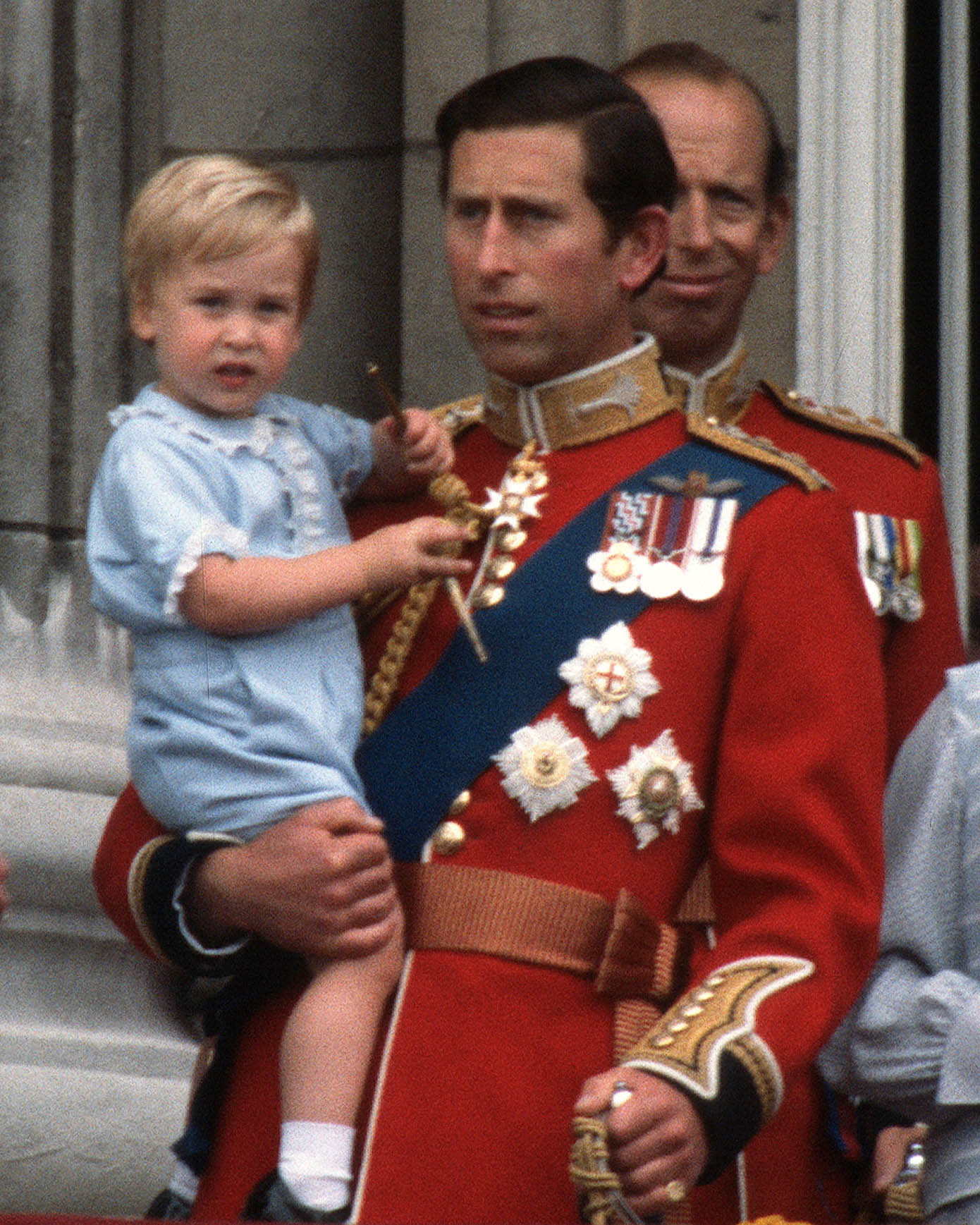 ← Slide →
Both the Duchess of Cambridge and the Duchess of Sussex also made nods to the past, with Kate wearing a gorgeous yellow Alexander McQueen ensemble (her wedding dress designer), paired with a Philip Treacy hat with floral details, the same hat she wore to Meghan and Harry's wedding last year.
Meanwhile, Meghan opted for a navy outfit also designed by her wedding dress designer, Clare Waight Keller. Currently on maternity leave, the event marked her first appearance since giving birth to her and Prince Harry's son, Archie Harrison Mountbatten Windsor, at the beginning of May.
Comparing adorable images of the royal children of today, to royal children of the past is a favourite past time for many royal fans, with just last week another set of adorable photos of two royals going viral for a priceless reason.
Showing that the royals get bored too, last week an image of a four-year-old Prince Charles looking bored out of his brains during his mother, Queen Elizabeth's coronation in 1953, was circulated and it had many people drawing comparisons to a much more recent image of his grandson, Prince George, looking practically identical.
The image in question was a photo of Prince George during the Trooping the Colour celebrations in 2017 - they're even leaning on the same elbow!
Prince Louis' balcony debut on Saturday marked just a handful of times the public have gotten a glimpse of the young royal, and just the second time he's been out in public – his first being just hours after he was born during the press call outside the hospital.
After the Cambridges released adorable images of their family-of-five exploring Kate's 'Back To Nature' garden at the Chelsea Flower Show last month, speculation grew around whether he'd be in attendance for the event, as he would be a similar age to his sister Princess Charlotte, when she first made her appearance, having just turned one in April.