With Sunday being Father's Day in the UK, royal fans had high hopes it might present the perfect time for us to see another glimpse of Baby Archie – just like Mother's Day in May – and Meghan and Harry did not disappoint!
Taking to their official Instagram account, the Duke and Duchess of Sussex shared a brand new photo of their son, Archie Harrison Mountbatten-Windsor, and we cannot get over the how adorable he is!
The photo, which shows little Archie cradled in the nook of Harry's arm and clinging onto his father's finger with his cute little hand, marks just the second time we've had a glimpse at his wee face.
"Happy Father's Day!," began the caption.
"And wishing a very special first Father's Day to The Duke of Sussex!"
And with the photo credited to "SussexRoyal" we have no doubt that it was Meghan behind the camera, snapping the adorable pic.
Unsurprisingly, their followers were just as enamoured with little Archie as we are, with one user writing, "Oh my heart! Happy Father's Day Harry!"
And it also had many people drawing comparisons to Prince Harry's own baby photos – and you've got to admit, he sure does look a lot like his dad!
What do you think? 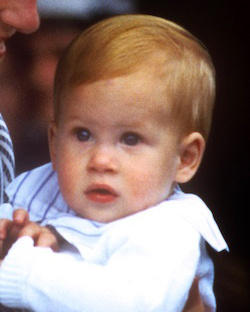 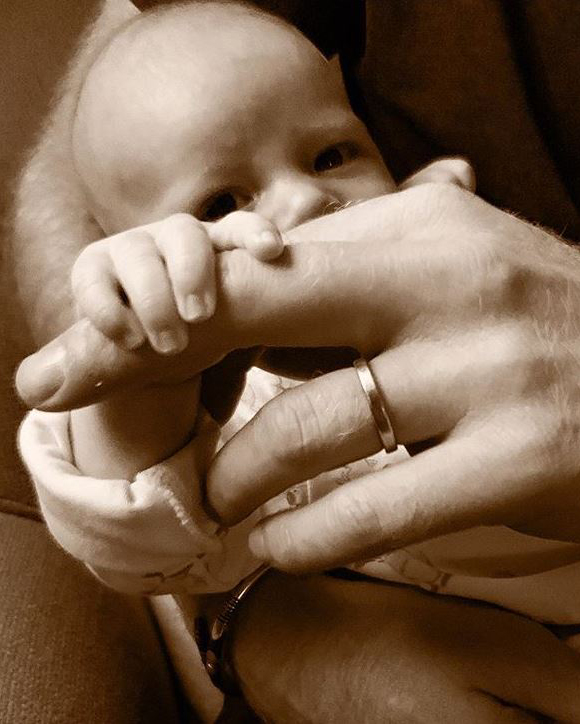 ← Slide →
Our glimpses of Archie have been few and far between – in fact, just three times since his birth – the first during the press call at Windsor two days after he was born, and the second, a cute snap of his tiny feet shared to the SussexRoyal Instagram page to celebrate (US) Mother's Day in May.
The image, taken above a bed of forget-me-not flowers, also had a sweet connection to Archie's late grandmother, Princess Diana, who was known to have loved the vibrant flowers.
Of course, Meghan and Harry weren't the only royals who took to Instagram to celebrate Father's Day.
Earlier in the day Kensington Palace shared two photos of Prince William, one with Prince Louis during their visit last month to the Chelsea Flower Show, and the second walking alongside his father Prince Charles, simply captioned: "Happy Father's Day!"
The official Royal Family account also shared two images, writing: "Wishing all our followers a very Happy Father's Day! Both of these images were taken at Balmoral Castle in Scotland.
"The first one features The Duke with his eldest children, The Prince of Wales and The Princess Royal, and was taken in 1952. The second image was taken in 1972 and features the Duke of York and The Earl of Wessex."
And, known for her incredibly sweet and personal Instagram photos, Princess Eugenie shared a touching image of and the Duke of York, who she adorably calls "Pups", from her wedding day, writing: "Happy Father's Day to all fathers and of course to my Pups. Thank you for many years of happiness and for this special moment on 12th October 2018."
Meanwhile Clarence House, the official Instagram for Prince Charles and Duchess Camilla, shared two posts to mark the occasion.
The first is a black and white image of Charles and Princess Anne playing on a seesaw in 1957 while The Duke of Edinburgh and the Queen looks on, while the second is a heartwarming portrait of Charles with his two sons Prince William and Prince Harry captured by royal photographer Chris Jackson captioned: "To Dads everywhere, have a wonderful #FathersDay."