When Prince Harry and Meghan Markle announced their engagement in November 2017 in Princess Diana's Sunken White Garden, the only thing that shined brighter than their smiles, was the engagement ring on Meghan's finger.
Designed by Prince Harry himself and crafted by Cleave and Company, the gorgeous sparkler featured three diamonds – one from Botswana and two from Princess Diana's collection, set on a gold band.
However it's now been revealed that Duchess Meghan has since upgraded the engagement ring, switching out the gold band to a micro-pavé band – a band paved with ultra-small diamonds.
Swipe to reveal to see the before and after of her engagement ring. 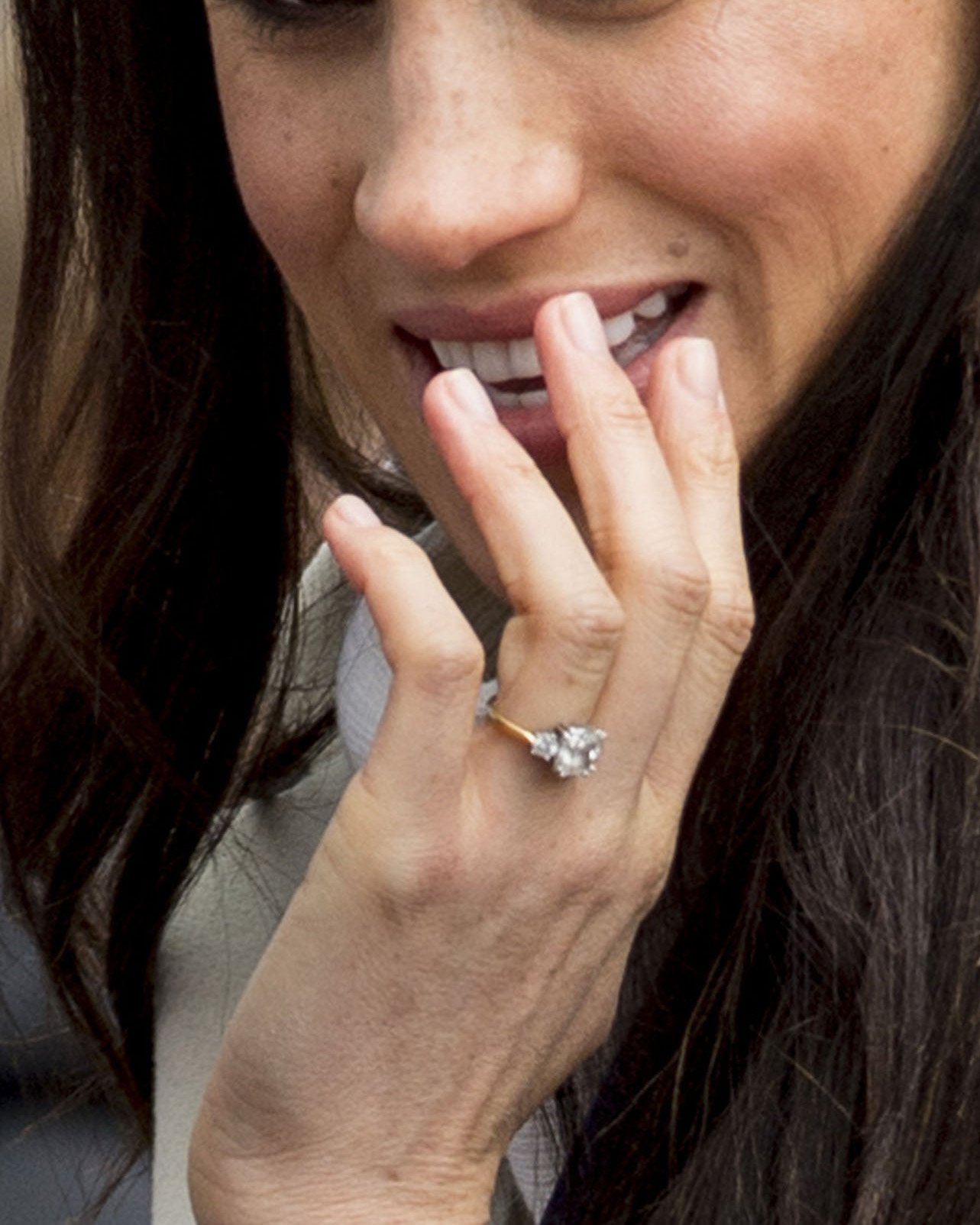 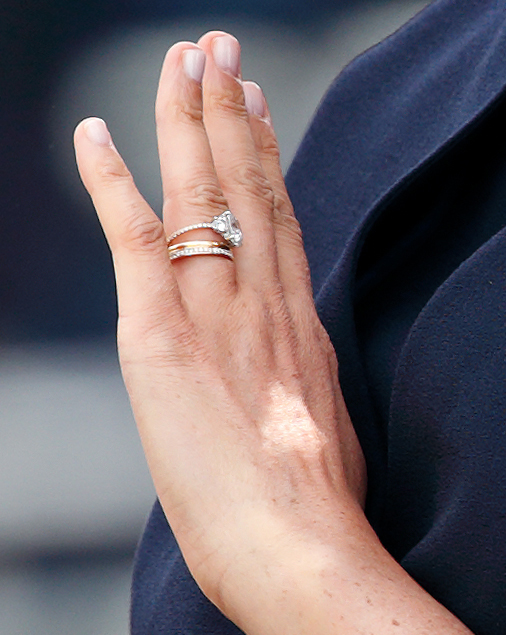 ← Slide →
The change almost went unnoticed until eagle-eyed fans spotted the upgrade during Trooping the Colour.
The Duchess in fact debuted the new ring during Archie's big reveal to the world on May 8th – however, with all eyes on the gorgeous newborn, it's not surprising it went unnoticed.
The ring has many personal connections for Harry – there's obviously the two diamonds from his late mother's personal connection, and the Botswanan diamond is a nod to a country close to both his and Meghan's hearts, having visited several times together.
Speaking about the design of the engagement ring following the announcement of their engagement Prince Harry explained: "It's obviously yellow gold because that's her favourite and the main stone itself is sourced from Botswana and the little diamonds either side are from my mother's jewellery collection to make sure that she's with us on this crazy journey together."
To which Meghan added at the time: "It's beautiful, and he designed it, it's incredible."
While the yellow gold band is now no more, the gorgeous sparkler still sits next to a delicate rare Welsh gold wedding band, which is part of a 95-year-old royal tradition and her brand new eternity ring, which was recently given to her by Prince Harry as an anniversary gift.
She was spotted wearing the new ring at Trooping the Colour on June 8th, her first public event since Archie's birth. Eternity rings are usually gifted for a milestone event such as a wedding anniversary or the birth of the child.
According to People, Prince William also gifted the Duchess of Cambridge an eternity ring following the birth of their first child, Prince George.
While Meghan is still officially on maternity leave, we're likely to see her very soon for Archie's christening, which is set to be held in early July, according to royal correspondent Roya Nikkah for the Sunday Times.
The venue of choice is revealed to be St George's Chapel, the very same place Archie's parents tied the knot a little over a year ago, and also the venue Prince Harry was christened in 1984.