The Duchess of Cambridge led the glamour at The Queen's State Banquet for the Dutch Royal Family at Buckingham Palace on Tuesday evening.
All eyes were on the mother-of-three when she stepped out in a floor-length, ice-blue, fishtail gown by her favourite designer, Alexander McQueen, and her truly spectacular accessories.
When you're a royal and The Queen throws a lavish dinner party, it's time to roll out the family heirlooms and Kate was positively dripping in historical pieces.
Atop of the Duchess of Cambridge's brunette locks, which were swept up into a stylish chignon, was her late mother-in-law Princess Diana's tiara - the Cambridge Lover's Knot.
It's somewhat of a tiara staple for Kate now, but the first time we ever saw her don the iconic Cambridge Lover's Knot tiara was back in 2015 for the diplomatic reception at Buckingham Palace.
This marks the eighth time Catherine has ever worn a tiara.
The showstopping tiara is an heirloom headpiece which The Queen inherited from her grandmother Queen Mary, before giving it to Princess Diana as a present on her wedding day in 1981.
It was worn by Diana on many occasions but returned to the monarch when Princess Diana and Prince Charles divorced in 1996.
Kate finished off her regal look with Princess Diana's Collingwood pearl earrings, a diamond bracelet and an ornate pearl necklace, which was a wedding present from Queen Alexandra.
But it was what Catherine had pinned on her dress that truly delighted royal watchers.
In an historical moment, the 37-year-old wore the Royal Family Order of Queen Elizabeth II badge, which features the monarch's portrait on a yellow ribbon.
The Royal Family Order of Queen Elizabeth II is an honour given to female members of the British Royal Family from The Queen and is worn for special, formal events - such as a State Banquet.
Allowing Kate to wear this badge is a huge gesture from the Queen.
According to Majesty magazine editor, Joe Little, The Queen presented Kate with the honour last December and this marks the second time she has worn it.
Other British Royals in attendance included the Duchess of Cornwall, Prince Charles, The Queen, Prince William and Princess Michael of Kent while British Prime Minister Theresa May was also one of the 150 VIP guests invited.
During the event, held to celebrate Queen Maxima and her husband King Willem-Alexander of the Netherlands' state visit to the UK, The Queen raised her glass and toasted the two royal family's strong ties.

Then and now: Slide across to see Princess Diana and Duchess Catherine in the Cambridge Lover's Knot tiara 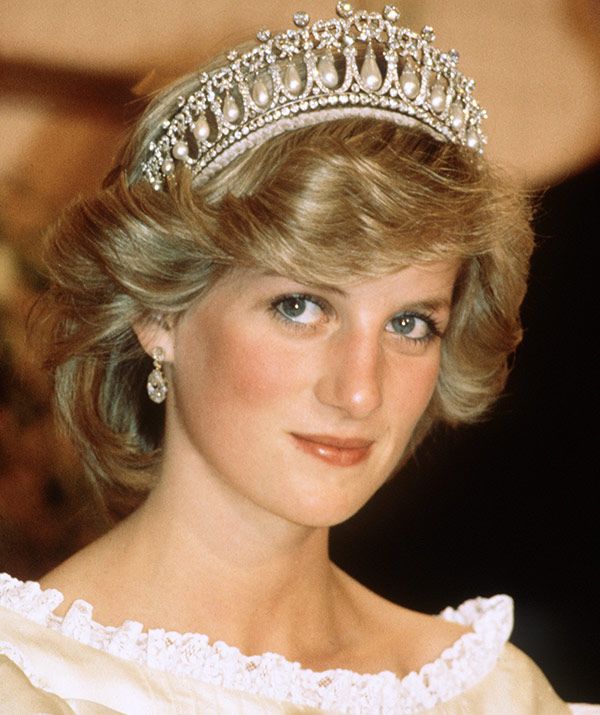 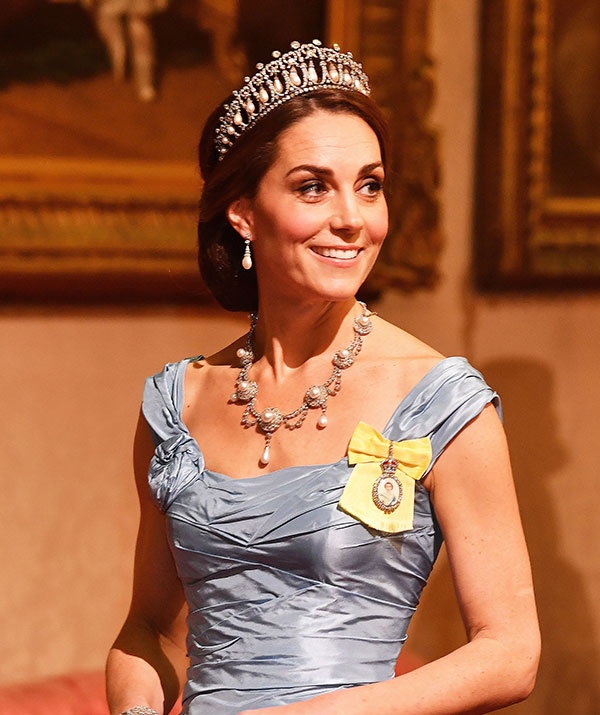