In a surprise appearance that melted hearts around the world, four-month-old Archie Harrison Mountbatten-Windsor made his debut on the Sussexes' royal tour of southern Africa on Wednesday.
Joining his parents, the Duke and Duchess of Sussex, to visit Nobel Peace Prize winner Archbishop Desmond Tutu and his daughter Thandeka in Cape Town, he gurgled and giggled throughout the visit to the delight of the hosts and his proud parents.
Archie's adorable appearance in Cape Town marks the first proper glimpse we've seen of the young royal since his christening in July, and while Meghan and Harry had previously said it had been too early to tell who he was taking after in the looks department, from his latest appearance it's clear he's definitely starting to take after his father.
Swipe to see the uncanny resemblance. 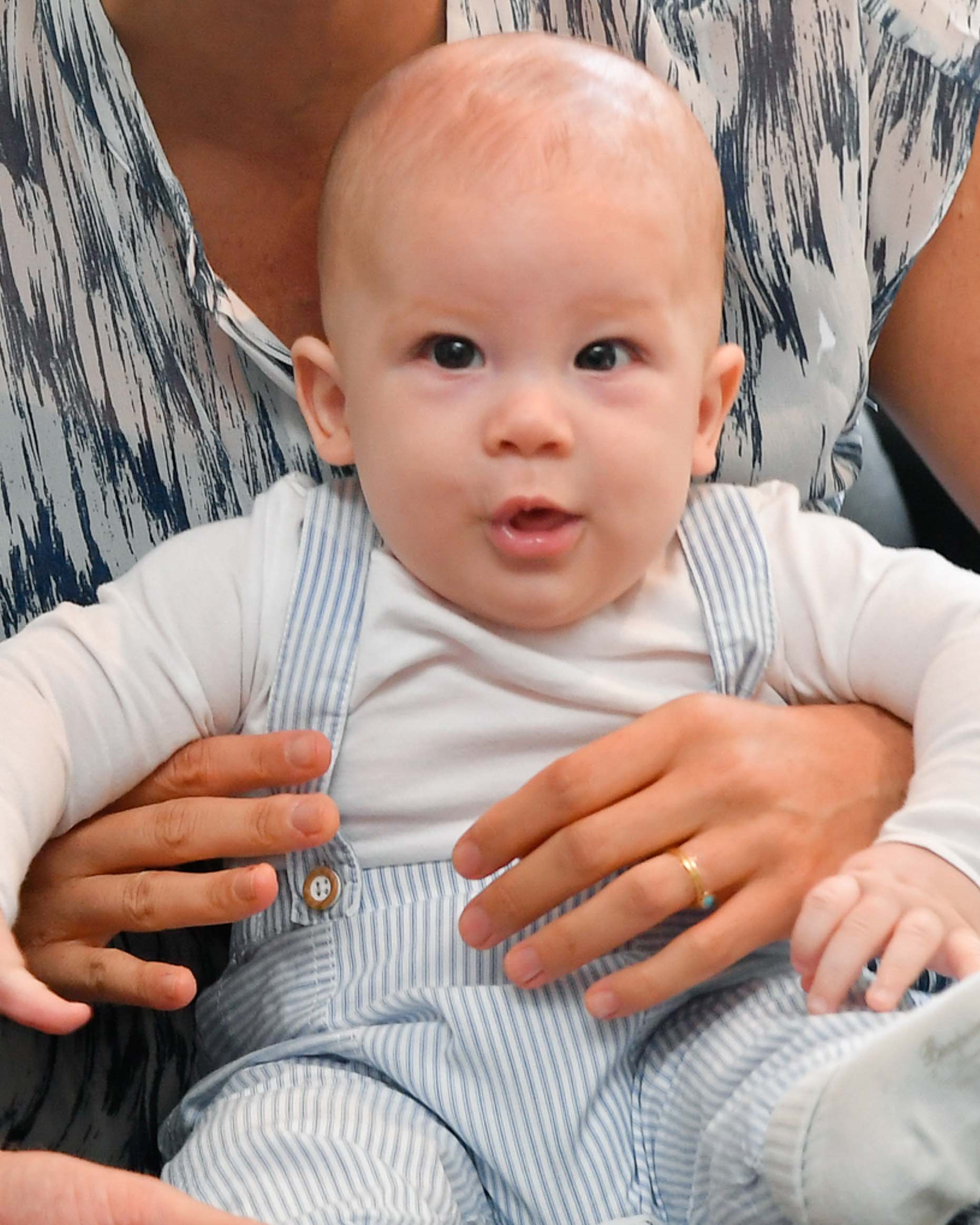 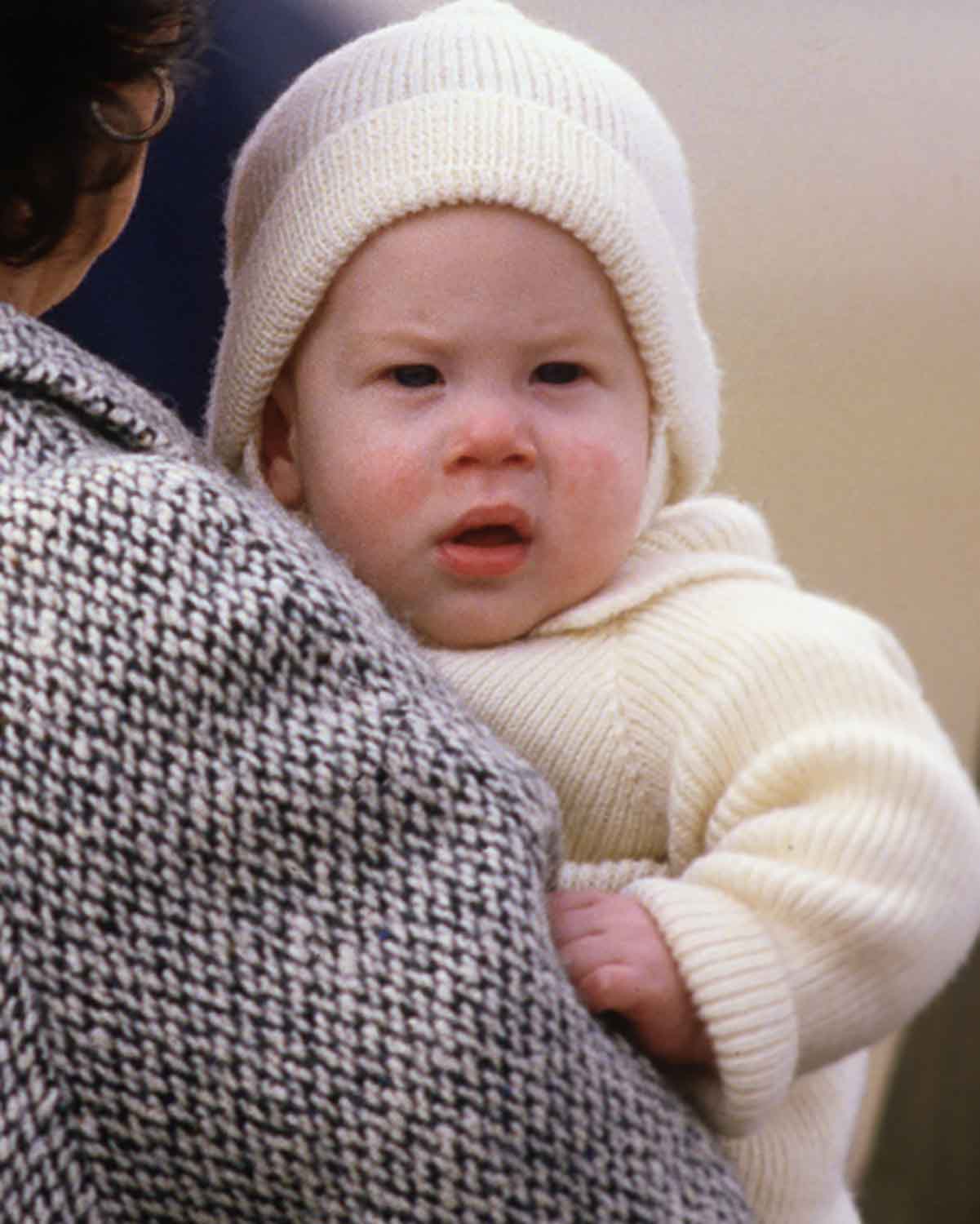 ← Slide →
Rocking blue and white striped overalls and a white top and socks, it seems Archie may have inherited Harry's most distinguishable feature too – his red hair!
Earlier this month US TV personality host Ellen DeGeneres revealed in a preview of the new season of The Ellen DeGeneres Show that she'd recently spent the afternoon with Harry, Meghan and Archie saying he looked just like his father.
"He weighs 15 pounds, which is, the exchange rate, is 17 dollars here," the 61-year-old joked.
"He looks just like Harry – and he had more hair than I did at the time."
The revelation followed a previous report by People, with a close source saying Archie was "very happy baby".
Adding, "He has lovely, puffy little legs and tufts of reddish hair. He's really adorable!"
We couldn't agree more! 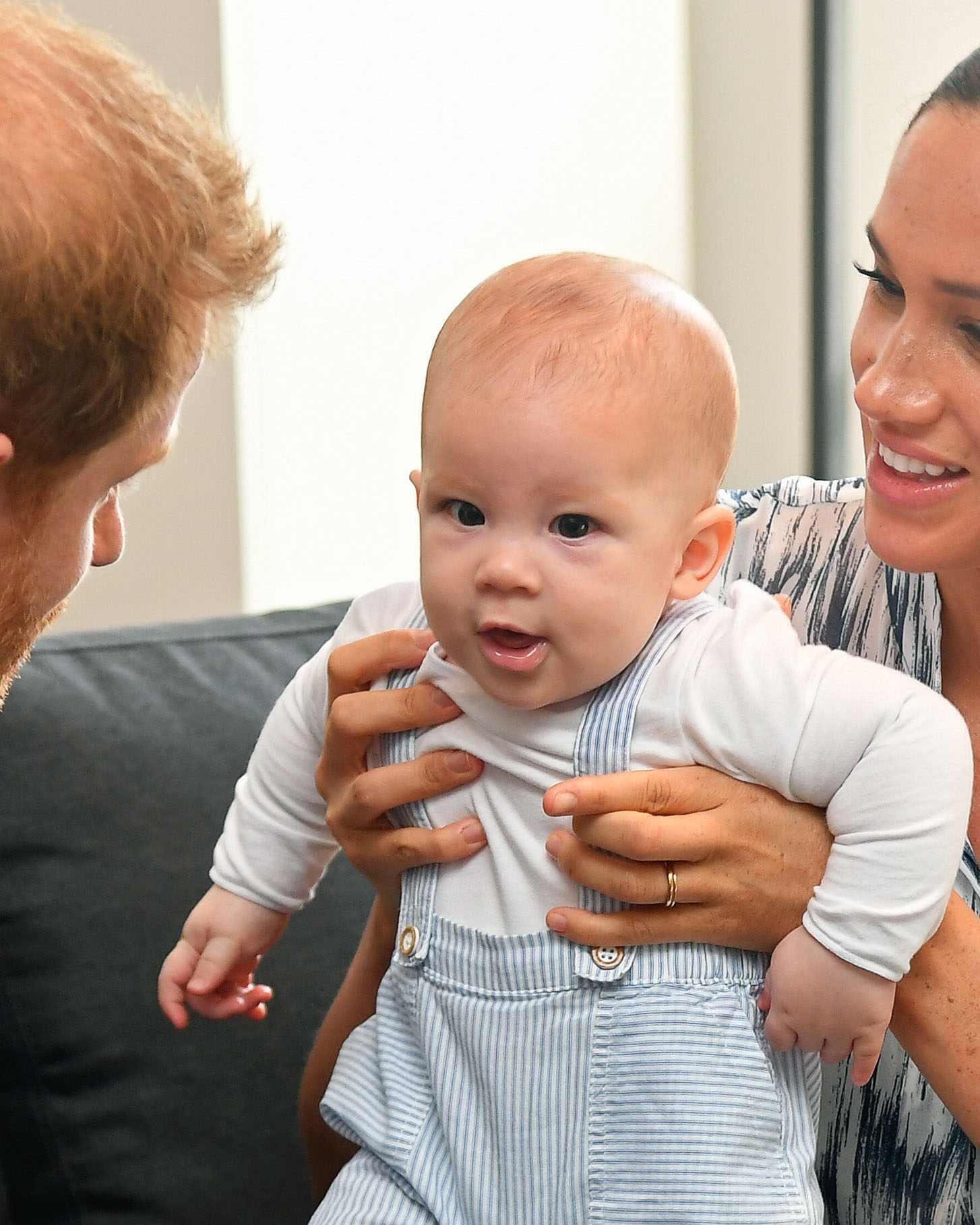 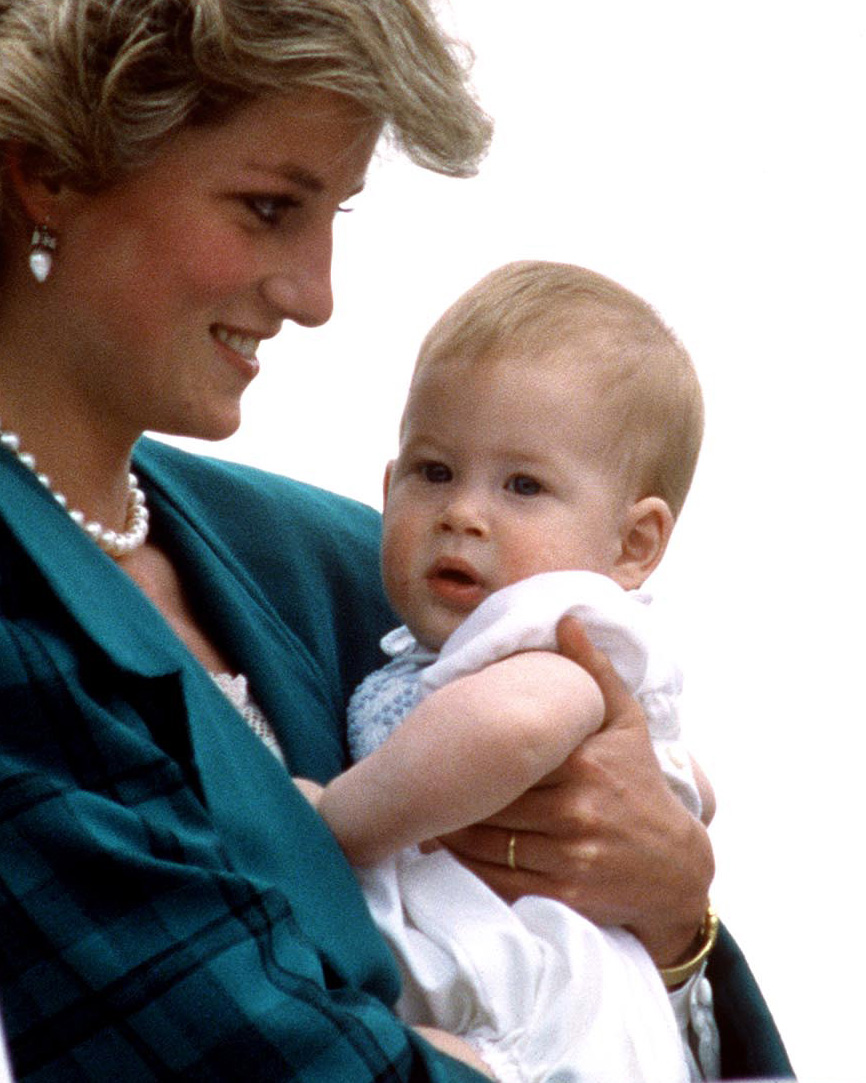 ← Slide →
But how about Meghan? Did Archie inherit any of his mother's features?
At a glance it looks as if Archie may have also inherited the "famous Markle nose" – her father Thomas Markle will no doubt be pleased.
Following Archie's appearance the Sussexes' official Instagram account @sussexroyal shared behind-the-scenes videos from the day, along with two adorable photographs.
"Arch meets Archie," ran the caption on one of the posts.
Following their morning visit to see Archbishop Tutu, Meghan made her way to the Woodstock district to join female entrepreneurs who shared their passion for ideas, technology and making a positive social impact.
She then paid a visit to mothers2mothers, an organisation which trains and employs women living with HIV as frontline health workers.
While Meghan and Archie remained in South Africa, Prince Harry made his way to Botswana in the afternoon, where he will undertake a number of engagements in the country, before travelling to Angola and Malawi over the next few days.
See the full 10-day royal tour itinerary here.