Arguably the most talked-about show on television, Married at First Sight is the gift that keeps giving - and in a myriad of ways.
Now the reality TV show is hitting the headlines for all the wrong reasons after some seriously funny editing fails have come to light.
From inconsistencies in what the reality TV stars are wearing in the same scene, to hotel rooms miraculously changing - in one scene it even appears as if a bride is reading from a script. We break down all of the editing fails from season six!

Before the dinner party following the Gold Coast getaway (due to screen in New Zealand tonight), fans witnessed a concerning exchange between Sam Ball and Elizabeth Sobinoff.
Afterwards he told her to calm down for the millionth time and she left. Sam asked Ines Basic to come over because he "needed some love after that".
But what happened next, left fans completely baffled.
Eagle-eyed viewers noticed that Ines had visited Sam – but the hotel room numbers miraculously changed.
When Ines knocked on the door to 1904, they cut to the tradie opening the door to 1902.

This week we were privy to something that no one wanted to see - physical intimacy between two of the most controversial MAFS contestants this season – Sam Ball and Ines basic.
While it was torturous to watch, some observant viewers noticed that something wasn't quite right...
When the couple woke up from their evening of "whatever", Ines was wearing white underwear; however, the night before she was wearing black underwear.
Later, the camera cut to the floor of the apartment and showed Ines' dress, shoes and black underwear on the floor next to Sam's sneakers.
Popular Instagram account mafsfunny said it best with this post:
But it wasn't just the case of the magically changing underwear that had fans second-guessing.
After Ines left, Elizabeth made her dramatic return and here Sam told the camera that Ines had left her toothbrush and make-up wipes in the bathroom.
"How did Ines get a tooth brush, makeup wipes plus new white underwear to Sam's apartment? Setup much?? #MAFSAU #PaidActors," one fan wrote on Twitter.

Did Heidi read from a script?

During their Gold Coast getaway, Heidi Latcham and Mike Gunner had a deep and meaningful on a Queensland beach.
The conversation saw Heidi suggesting that for them to move forward as a couple, they needed to read the book The Five Love Languages.
"I just feel in relationships we speak different languages. You speak one language," she said.
"We all have different love languages. We receive and we show love in different ways. So you are showing me love you think you're showing me, but I can't feel it."
While this didn't seem too out of the ordinary (especially for Heidi), fans were baffled when they saw what looked like a script in the reflection of Mike's sunglasses.
Heidi said she had brought an actual copy of the book to show him, and while it could have been the pages of that, fans were still not convinced.
"Could be a script, could be a book, or it could be a screen to light her face better. Good eyes though to pick that one up. If they show a face that isn't speaking the words, chances are it was pieced in afterwards," one fan wrote.
"Typical Channel Nine," another commented.

The drama that Elizabeth has been caught up in during this season of Married at First Sight is truly one for the record books.
After her first blow-up with Ines, the 27-year-old took it upon herself to apologise to her, and while the gesture was well-intentioned it was clear that the whole interaction had been heavily edited.
In the first scene, Lizzie was seen going to talk to Ines with a block of chocolate in a black coat, jeans, a pink top and jandals.
But upon her return to her apartment to make amends with Sam, the retail manager was wearing a different outfit - complete with a different bag and gold sandals.
Slide across to see Lizzie's sneaky transformation! 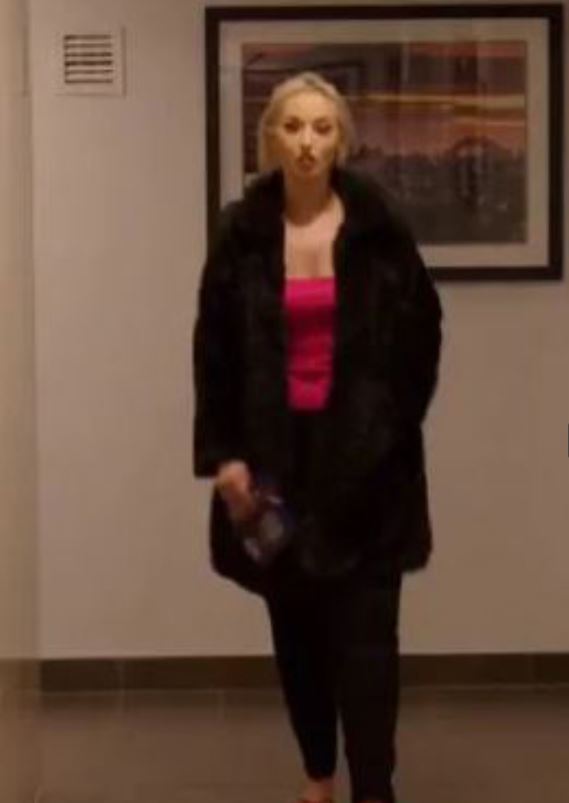 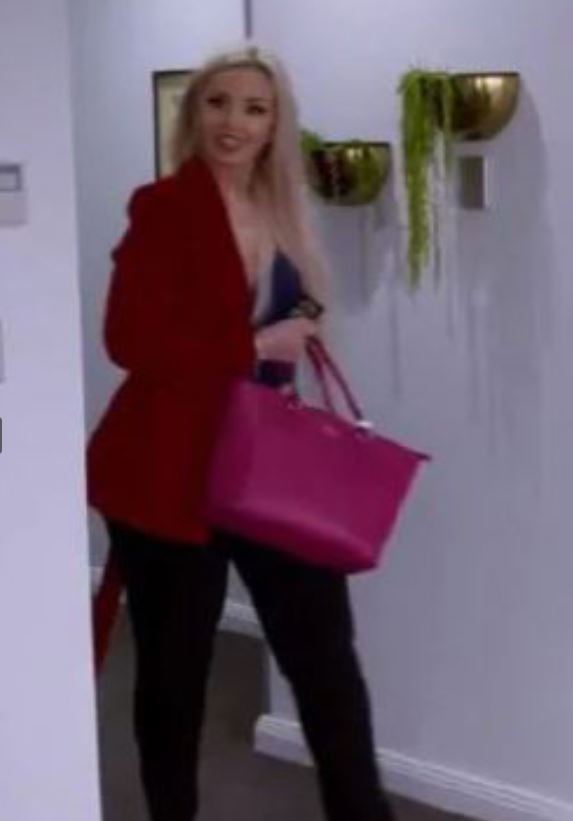 ← Slide →
Fans on Twitter were again quick to call out the fail.
"Sack the editor. She's got a completely different outfit on. #MAFS," one said.
"Elizabeth comes home from apologising to Ines. 2 different outfits..great editing #MAFS Australia" another said.
So is this the last we'll see of theses editing fails? Somehow we don't think so!